If you are happy and satisfied with your Wi-Fi speed, then you will be jumping crazy when you know about Li-Fi, the newly tested wireless communication which can increase bandwidth by 100 times. Li-Fi recently managed to achieve 1Gbps real-world results during testing. That’s not all. It boasts of a theoretical top speed of 224 Gbps which means you can download 28 1GB movies in one second. Take some time to let it sink in.

A visible light communication (VLC) system, Light Fidelity or Li-Fi is runs with wireless communications, and uses light to switch on and off LEDs, that result in the transferring of data at a considerably higher speed. Professor Harald Haas at University of Edinburgh coined the term “Li-Fi”, during his TED Talk in the year 2011. He intended light bulbs that could act as wireless routers and proven on stage that a single LED bulb can transmit far more data than a cellular tower. In 2012 after four years of research, Haas set up company pure Li-Fi with the aim ‘to be the world leader in Visible Light Communications technology’. Li-Fi and Wi-Fi are similar, as both of them transmit data electromagnetically. While Wi-Fi run on radio waves, Li-Fi uses visible light. Li-Fi is a VLC system, and it accommodates a photo-detector in order to receive light signals and a signal processing element, to convert and enable the streaming of the content. An LED lightbulb is a semi-conductor light source; this essentially means that the constant current of electricity supplied to an LED lightbulb can be dipped and dimmed, up and down at extremely high speeds, without being visible to the human eye. The miniscule variations in the rapid dimming of LED bulbs is then converted by the ‘receiver’ into electrical signal. The signal is then converted back into a binary data stream that we would recognize as web, video and audio applications that run on internet enables devices.

How Li-Fi Can Change Our Lives

Visible light cannot travel through walls. Though it is a security benefit, the fact remains that the Wi-Fi network can do something that Li-Fi cannot that is work in multiple rooms, even if there’s a wall between them. Also, the lights also need to remain on all the time, a necessity that may not be an issue for offices or retail establishments, but would be problematic in domestic settings. A solution to dim the lights as per need is suggested but it remains to be seen how that will impact the data transfer speeds.

How Cigniti Can Play a Role

Cigniti Technologies sees this idea as revolutionary and is closely monitoring the technical and market changes Li-Fi is going through. Cigniti is also researching the next generation of smart LED bulbs, Jugnu that can transfer data through visible light. Cigniti plans to foray into the Li-Fi zone as soon as anything on Li-Fi comes to beta testing or is commercially available. This would allow us to perform testing at very high net speeds thereby providing more coverage to the clients in terms of latency, ping values and throughput.

[Tweet “At @Cigniti we are researching on the next-gen of smart #LED bulbs #Jugnu that can transfer data through visible light. #IoT #LiFi”]

Li-Fi sounds great from the start, but don’t throw your Wi-Fi routers just yet. Li-Fi technology isn’t meant to replace Wi-Fi – it’s meant to work alongside it. Li-Fi doesn’t work outside, so public Wi-Fi hotspots would still need to be used! 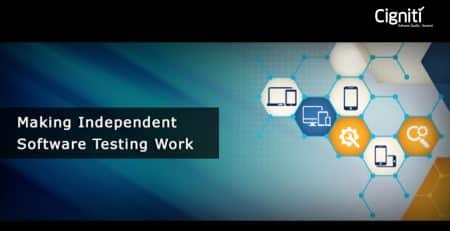 Making Independent Software Testing Work – Things you must do, and look for

Listen on the go! When Software testing goes beyond just the programmer and his team, we get an unbiased and... read more 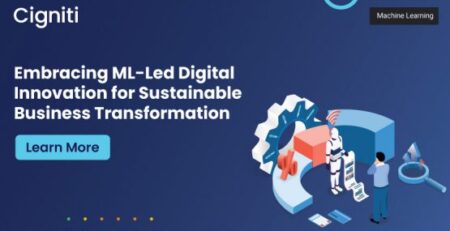 Listen on the go! How do organizations embrace innovation? This has been the center of countless dialogues and debates for decades... read more 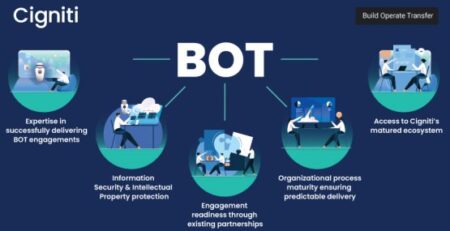 Listen on the go! The COVID-19 pandemic has changed how businesses in all industries and geographical areas conduct their business... read more