Android Oreo (codenamed as Android O) was finally released to the public on August 21, 2017. While in the Beta version, Oreo was tested across Nexus 5X, Nexus 6P, Nexus Player, Pixel C, and both Pixel smartphones. Likewise, Microsoft unveiled a new version of the flagship operating system (OS) Windows 10 S to wrestle against Google’s Chromebook.

Whether it’s a mobile handset, a desktop, a tablet, or a Mac book, makers of OSs want to hit the devices of the users with full force and make an impact.

Any OS update/launch is a big gig in the user market and gets effective across devices within hours. For instance, iOS 10 turned out to be a highly popular amongst iPhone users. After being launched in January 2017, Apple released a report stating that 76% of active iOS devices were running on V 10, 18% on iOS 9, and just a mere 6% on iOS 8 and the other older versions. Software Compatibility Testing for applications is highly business-critical in scenarios where the users are so alert and active in terms of OS updates.

What is the role of OS?

Can you imagine a racing car without a high horsepower engine? An OS is a program that is loaded on a computer or a mobile to manage all the other programs and applications. The application programs utilize the OS to initiate requests for services via an application program interface (API). Users can even interact with the OS with a user interface. This makes the OS a facilitator between the user and the applications.

An OS further determines the way various applications are streamlined and they function on your device. It also manages the input and output from the aligned hardware device such as a hard disk or a printer. It disseminates messages to applications regarding any errors or disruptions to avoid any kind of disruption due to the error.

Especially for mobile devices and desktops, the OS provides parallel processing and manages to segment the program for operating on more than one processor simultaneously. No mobile handset or device can lure the users if it doesn’t open applications and programs smoothly and enable multitasking. A robust and well tested OS can do the job for big and small brands that are piling up in the device market.

While the significance of an OS is established, the need for Software Compatibility Testing is equally determined.

What can happen if an OS fails to function? There’s a lot of effort and investment that goes into enhancing the dependability of OSs for users. However, there are times when the OS fails due to various reasons such as corruption of OS logical structures, damage of the storage where the OS is installed, etc. Eventually, the corrupted OS cannot boot and doesn’t perform effectively.

The ultimate objective of any software is to offer the desired customer experience and add value. With digital technologies and overall transformation of the user-tech environment, an application/software can be accessed from anywhere – a desktop, a tablet, or mobile handset of varying dimensions. While cross-browser compatibility is key, it is imperative to test the application/software across various OSs to ensure that it gives uniform and the expected results.

Compatibility testing being a non-functional software testing type, is conducted to assess the software’s compatibility across OSs, browsers, hardware, mobile devices, databases, and multiple applications. This will define the application’s performance across different versions, network configurations and resolutions. Testing the application across various OSs will eventually evade the chances of system failure or at least reduce the chances.

It further helps to cut down any help desk costs in the future for the application, occurring due to any compatibility issues with the OS. Hence, customer experience is further ensured with credible results from compatibility tests. Most importantly, it rectifies issues related to the application’s scalability, stability, responsiveness, and usability. All key aspects pertaining to the application’s performance across various OSs get verified and ensured.

With any application, it is absolutely business critical to ensure uniformity of experience for every user accessing it from any OS. If the application fails this milestone, it is doomed. Only when customers get the expected experience, they recommend it to other users and the application gets more and more visibility and hits. This further positively influences the market value of the brand, enhancing its profitability.

The fact that Compatibility Testing is business critical is very much established. Testers and development teams have devised and strategized various approaches to make the process less tedious and more effective. Whether it’s a tool or an approach, it is imperative to define the objectives for conducting compatibility testing of the application across key OSs; making the testing activity tangible and result-oriented.

There are various tools online that can be licensed or freely downloaded for conducting compatibility and usability tests. The objective of implementing the tool is to make the testing activity more repetitive, faster, and easier. It is recommended to freeze the testing objectives before selecting the tool.

It will be very effective to have the following tasks performed before the activity begins:

Software Compatibility Testing helps development teams to ensure that testing is a continuous activity and the results are much more credible. Businesses are getting more cautious about the importance of Compatibility Testing, as it goes a long way in ensuring customer experience. Major technology brands such as Apple, Microsoft, and Android constantly announce updates on their OSs to enhance customer experience. Evidently, it is important for application makers to align themselves with it and offer a seamless experience as well.

Cigniti has an extensive Compatibility Testing lab, covering the latest OSs, platforms, peripherals, and hardware to ensure that your product performs over a wide range of technical specifications. Connect with our experts to make your application relevant and appealing for the current user scenario. 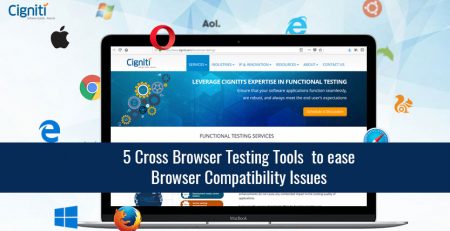 Listen on the go! Cross browser testing is a major challenge for software testers. There is an endless combination of... read more 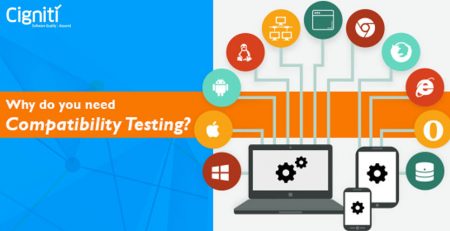 Why do you need Compatibility Testing?

Listen on the go! In today’s competitive world, it is important that the software or the products released to the... read more 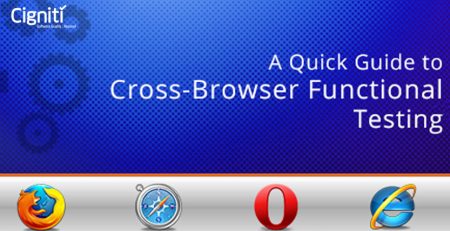 Listen on the go! Quality control is an essential part of any web development process, and cross-browser testing is an... read more