The milieu of mobile applications is intensifying across all business sectors in the world we currently live in. It is because of these users; the world is seeing high usage of mobiles to the tune of billions of transactions. Organizations are prepared to take whatever measures are necessary and develop apps that are adored by their potential users to tap into these mobile users and turn them into a loyal customer base.

When a mobile app is developed natively, it is tailored to a particular platform. As a result, the software performs at an exceptionally high level. Because they are created specifically for a given operating system and are assembled using that platform’s primary programming language and APIs, native apps are exceptionally quick, effective, and responsive. The app is stored on the device, enabling the software to take advantage of the device’s computing power. The information and visual components of a native mobile app are already on the user’s phone as they browse through it. As a result, load times are quick.

One aspect that all effective mobile application development companies have in common is the mobile app testing strategy. They ensure that the mobile application meets both corporate and customer standards. Before being released, mobile apps must pass this testing, which is the industry standard. Testing, however, also presents difficulties for cost optimization with the necessary capacity to handle several mobile device types and operating systems, including Android, iOS, and Windows.

A pertinent issue that enterprises developing mobile native app automation face is “flakiness”. Flaky tests are those that consistently fail without causing modifications to the code being tested. Flaky tests reduce the dependability of test suites that contain software bugs since they do not clearly indicate their presence. 59% of software engineers who responded to a recent poll said they deal with sporadic tests on a monthly, weekly, or daily basis. Flaky tests have been demonstrated to limit the usability of helpful strategies in software testing research in addition to being harmful to developers. In general, flaky tests can be seen as a danger to the reliability of any approach that assumes that a test’s result only depends on the source code it examines.

According to a survey released in October 2021, roughly 41% and 26% of the tests run by large companies like Google and Microsoft, respectively, were found to be flaky. Even larger corporations are no exception to flakiness. The same survey demonstrated how unstable tests endanger the effectiveness of continuous integration: 47% of unsuccessful jobs that were manually restarted were successful on the second try.

A flaky test is one that occasionally fails for no obvious reason or one that passes on your local system but fails during continuous integration. Flaky tests can be expensive in the long run, slow down development, cover up design flaws, and inhibit progress. This is exactly what Cigniti’s QA engineers commonly observed when testing mobile native apps.

Katalon, in collaboration with Cigniti, is coming up with a webinar to discuss effective ways to reduce flakiness in mobile native app automation using service virtualization. Cigniti’s partnership with Katalon gives it access to the unique features of Katalon Studio, which is an automation testing software tool. The software is built on top of the open-source automation frameworks Selenium and Appium with a specialized IDE interface for web, API, mobile, and desktop application testing. 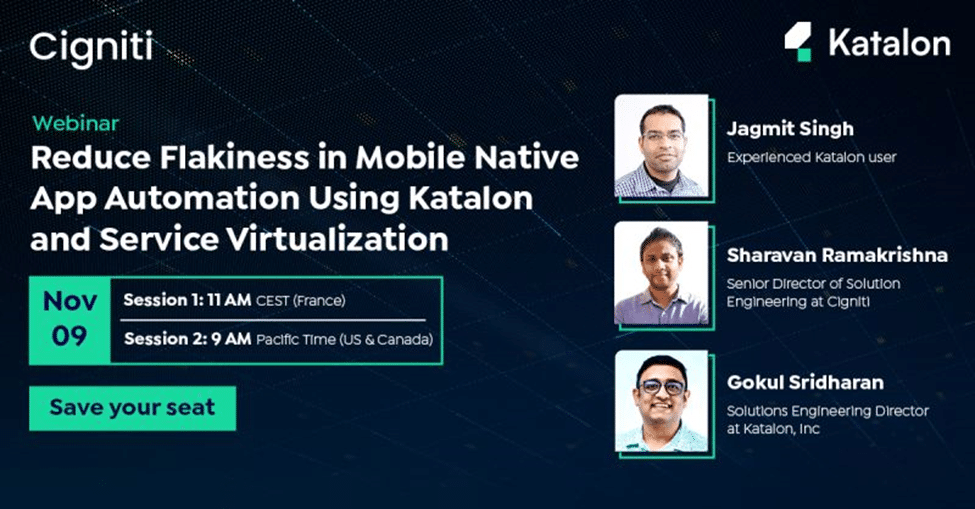 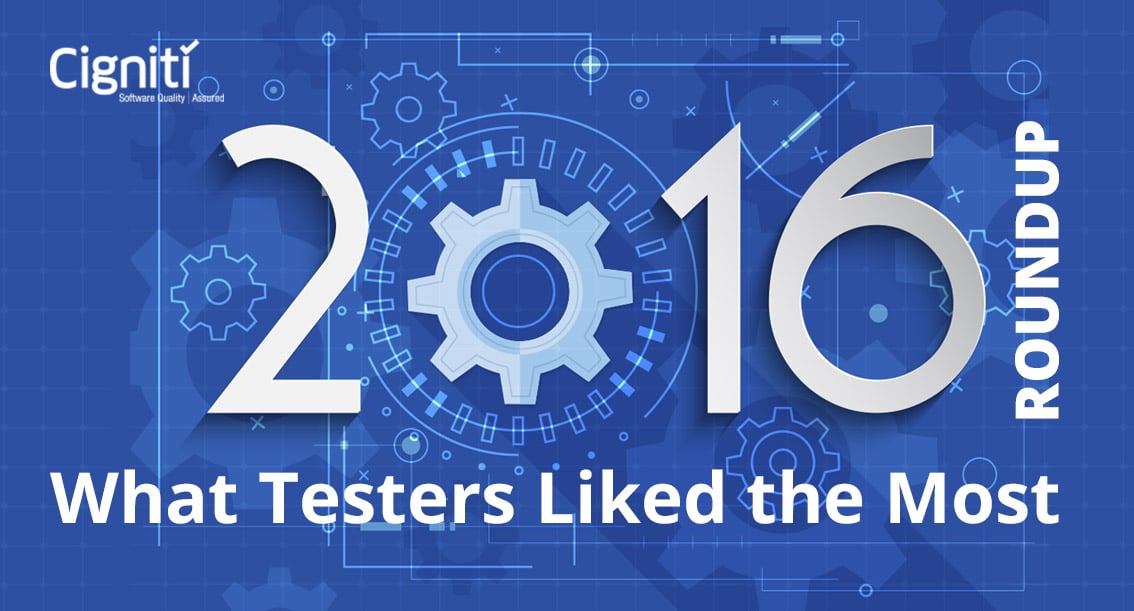 Listen on the go! A Year of Shifting Left with Cigniti Technologies  “Be specific enough to be believable and universal enough... read more

Listen on the go! Software Testing and Quality Assurance is like a wakeup call in the Software Development lifecycle. It... read more 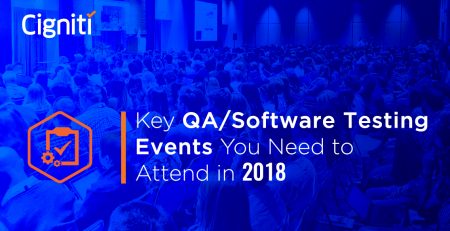 Key QA/Software Testing Events You Need to Attend in 2018

Listen on the go! There are ample reasons why 2018 is going to be a great year for software testing... read more