4 Top Challenges of Mobile Application Testing & How to Overcome Them

Today, every day, thousands of new apps are uploaded. With apps integration now possible into cars, wearable tech and home appliances, people download them by billions on their smart devices – tablets, smartphones, vehicles, watches, kitchen appliances, etc. – only to move on to download an alternative if the app is not up to their standards or doesn’t fulfil their needs. This increasing intolerance towards below-par performance, device compatibility issues, functional defects, or poor user experience makes mobile testing of apps a business critical function.

The need to launch the perfect app, and then to continuously keep on upgrading it to match the wants of consumers is creating a tremendous, continuous pressure on the professionals responsible for quality and testing – not to forget the developers. The testers need to stay upskilled to be able to manage the ever expanding number of configurations, OSs, devices, OSs, user interfaces, etc., QA departments are trying to catch-up with innovative methodologies like Agile and DevOps, along with testing apps properly before releasing them. Add this to the challenge of insufficient and inefficient mobile testing tools that do not allow testing apps to the maximum levels.

As per the Cap Gemini Quality Report (Mobile Testing), almost 18% companies state lack of time to test mobile apps, 65% say they do not have the right tools, and 52% cite lack of devices as reasons for not performing mobile testing. To overcome some of these challenges of mobile testing, per the World Quality Report 2015-16, 35% of the QA and Testing Budget for new development is being spent on mobile and front office (customer channel) solutions.

Most organizations are neither ready, nor able to manage the ever growing complicated web of multiple OSs, devices, platforms, or services. Even if they are, they have to face the challenges of:

The following solutions may be useful in solving the issue:

While a provision of testing early and testing often sounds gratifying, and may also enhance usability, testing the apps on a secure and private cloud may help provide the required access to testing teams which will ensure avoidance of data breaches. The above activities will identify security issues quicker and fixing them before production will not only save from any potential harm, but also help the organization save a lot of costs as a bug fixed before production saves about 20 times cost than that after production.

While Smart phone testing challenges may be many and overwhelming, but there’s nothing that resolves a challenge faster than the correct partner.  Cigniti’s state-of-the-art mobile test lab uses the latest and best in mobile testing to bring you better quality and quicker time-to-market. Reach out to us today and we will be happy to help you with right mobile app testing strategy. 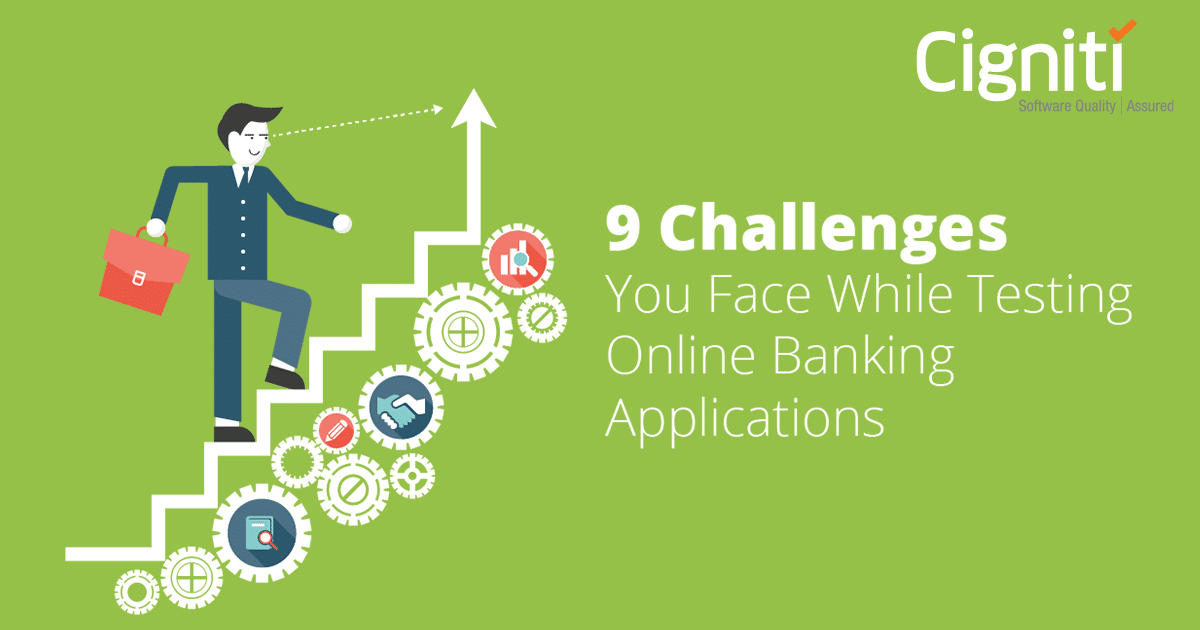 Listen on the go! Banking is today an omni-channel service. A test strategy for the banking sector needs to cover... read more 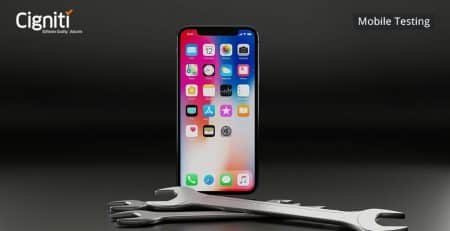 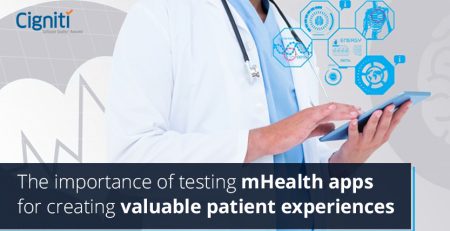 Listen on the go! The rising cost of patient care have resulted in the emergence of consumerism in healthcare. Today,... read more