In an agile environment, it is common to have a continuous integration (CI) process in place to merge developer code into a common repository. Each code merge is then verified by an automated build process to detect code integration issues. CI makes the development process faster and drastically cuts down the time to market. But this rush does not bode well for security testing. It can leave vulnerabilities in the code undetected.

CI is a good point in the development cycle to detect security vulnerabilities in the new code as it gives the team the advantage of early detection and fixing of issues. Static code analysis tools and code evaluation tools like StyleCop can point out coding issues that can result in poor code security.

Three things to keep in mind while planning security testing

1. Decide what to look for

Security testing may cover a broad spectrum of vulnerabilities, all of which cannot be included in the continuous integration cycle. It is better to focus more on coding best practices from a security perspective and on detecting issues like authentication and authorization, data leaking, security mis-configurations, unvalidated redirects and forwards, invoking components with known vulnerabilities etc.

2. Give separate attention to security tests

Do not combine security test cases with unit or functional tests. The objective of these tests is to discover functional issues, which does not do justice to the scope and intent of security testing. Instead combining security with the continuous integration process ensures the testing is more holistic and aimed at detecting security issues alone.

Automate security tests, wherever possible, and then integrate them into the CI pipeline to ensure they are done for each and every code merge without fail. There are many tools and scanners available that will look for commonly known vulnerabilities. Most of these tools allow integration to a CI tool like Jenkins. But be sure to choose the right tool for your application.

Security testing in the cloud:

While the cloud brings in scalability and low operating costs, it also brings in concerns on security. One reason is you don’t own the infrastructure. Another is a general lack of standards and defined processes for testing in cloud, specifically in the public cloud.

With continuous security testing in the cloud, the focus could be more on threats related to authentication & authorization, fuzzing and social engineering. Your cloud based application may communicate to your data center using API calls. Security testing should focus on restricting unauthorized access to this data.

Advantages of security testing as part of the continuous integration cycle

Below are the advantages of including security testing in the continuous integration process:

Secure your applications with security testing from Cigniti Technologies

Cigniti’s security testing adheres to international standards like OWASP and the latest testing methodologies to guarantee the security of your applications. Contact us to know more on how we can help you with your security testing. 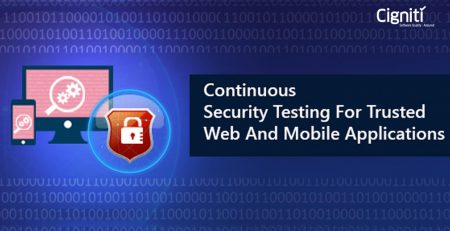 Listen on the go! The increasing complexity of Application Security is a growing concern in software industry. The day-to-day evolution... read more 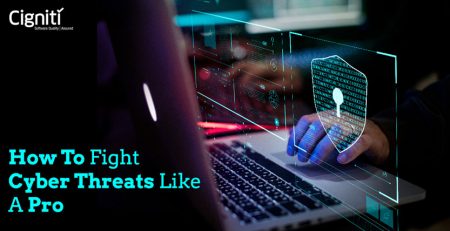 Listen on the go! “Threat is a mirror of security gaps. Cyber-threat is mainly the reflection of our weaknesses. An... read more 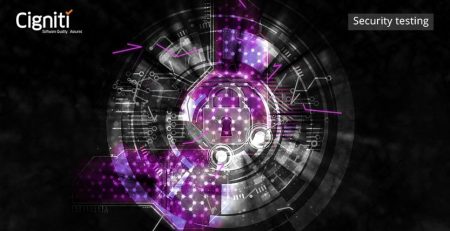