Do You Know: Even Minor Glitches & Breaches Can Kill Brands!

How long can notable and economically significant brands risk their market image with inadequate software testing?

In a recent turn of events and a massive data breach affecting half of US, Equifax CEO Richard Smith has walked away with $18 million in his pension benefits. Equifax, oldest of the three largest credit agencies announced a cyber-security breach that compromised the data of almost 209,000 consumer’s credit card credentials, mainly in UK and Canada. The most startling revelation was that the company waited almost 40 days from the time of breach to disclose it to the public finally in September 2017. The ’40-days’ delay in communicating the information on data breach and cyber-attack has absolutely raged the people and raised serious concerns about the company’s image.

Can organizations with such economic and social repute afford to mess up with their communication strategy and stay reckless with their IT security systems? Such an act not only leads to financial losses but also smudges the image of the brand in the public sphere.

The year 2017 has witnessed some major cyber-attacks right in the first six months, such as the Ransomware data breach, and full-on hacking of some critically sensitive information. How can enterprises build more robust IT systems and ensure the resilience of IT systems and applications during such crisis situations? It cannot be denied that a breach not only creates uncertainty but also develops anxiety and suspicion towards the brand. This can absolutely tarnish the brand image and jeopardize the stature that businesses build over a substantial period of time.

Save your brand from these Cyber-attacks

Industry experts and testing experts have segmented cyber-attacks and risks under specific categories. This enables IT teams and organizations to identify the threats and take necessary actions. Depending on the nature of the business, they can even develop the quintessential framework for their business-critical applications.

It is probably the most reported cyber-attack that employs various methods that are increasingly getting difficult to track. Phishing attacks can happen in various ways, which also depends on the kind of industry that is being targeted. In this method hackers generally send numerous emails with an attachment, which, if clicked, releases a virus and attacks the vulnerabilities in the system. Eventually, it leaks personal passwords, and attacks firewalls and exposed fragments of the security software.

The year 2017 has witnessed some major ransomware attacks on banking and financial websites. These malware attacks have their own objectives to maliciously get unauthorized access to your system. In this way, access to the system and its data is hijacked and then the malware sends a message that it will release the data only on paying a particular amount as a ransom. The ransomware after entering the system causes the projected damage and ends up deleting critical information from your hardware and online platforms. These malwares are targeted at both individuals as well as organizations of all shapes and sizes. It can not only attack your desktops but also bring own your mobile devices and applications.

A Brute Force attack is a software or algorithm developed to attack any kind of vulnerability with your application. It applies a trial and error method to decode encrypted data such as Data Encryption Standard (DES) keys. In most of the cases, it attacks the password-protection mechanism. It uses a typically designed software to scan through thousands of word combinations and numbers to crack your password. In fact, every word in the dictionary is accessed to figure out the right combination for the password.

A cyber fraud doesn’t necessarily attack groups or companies, it attacks individuals with structured emails that are result-oriented. For instance, an email received from CEOs/CTOs authorizing a financial transaction. This kind of attack is generally engineered to derive financial gains without much focus on the data breach. Prevalence of Cyber Frauds is significantly increasing, as these are engineered to target individuals and the financial gains are pretty high.

Also referred to as a Distributed Denial of Service attack (DDoS), DDoS occurs when a server faces an overload of connections that ultimately leads to a system or network shut down. This kind of overload is engineered by hackers with an aim to shut down your network that will stop you from operating your business, leading to indefinite losses.

Such attacks can absolutely kill the brand credibility of the business amongst its clientele, especially if the nature of the business involves major financial investments.

The Role of Software Quality Assurance and Testing

Software Quality Assurance and Software Testing has been gaining significance over the years, as it is the most practical and rational approach to ensure that the application is reliable and resilient in the cyberspace.

Moreover, in the light of such attacks, Security Testing and Vulnerability Testing are gaining added significance; as enterprises are getting anxious about the safety of their system and the resulting brand repute. It helps to ensure that every information system safeguards the data and enables functionality as expected and planned.

Refurbished and redefined testing methodologies have indisputably transformed the perceptions about software testing. Unlike the traditional modes, testing is now an integral quotient of the software testing process. Approaches such as Agile, Shift-left, Shift-right, and DevOps are changing the face of software development. For instance, if an application has to undergo Security Testing, the development/testing team doesn’t have to wait until the conclusion of the development process to test it. Testing is conducted simultaneously, which facilitates frequent releases and also constant monitoring.

In every possible way and every proven pattern, Software Quality Assurance helps businesses to maintain confidentiality, build integrity, and ensure credibility. That’s the key reason why Quality Assurance is increasingly becoming a boardroom discussion and a strategic approach for many big and small enterprises. Profitability is key, but sustainability is much more important; which is made possible by building applications and software that are dependable for growth.

It is critical today to build strong and skilled teams that can implement the required QA & Testing processes. Cigniti’s Advisory and Transformation Services collaborate with organizations to understand and improve all QA focus areas – people, tools, and infrastructure across the delivery lifecycle.

Connect with us to leverage our proprietary Assessment Frameworks that are based on industry best practices and standards. 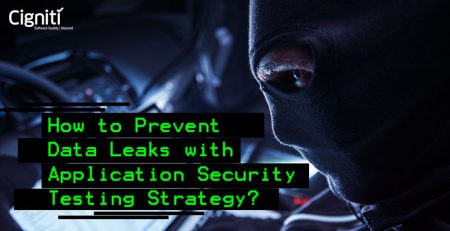 How to Prevent Data Leaks with Application Security Testing Strategy?

Listen on the go! Facebook made a blunder, again! It failed, ignored, or possibly forgot to encrypt the passwords of... read more 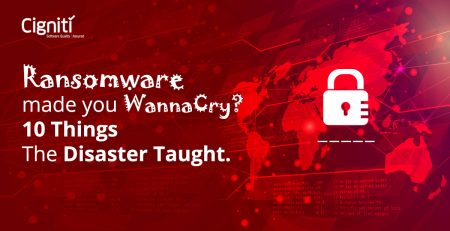 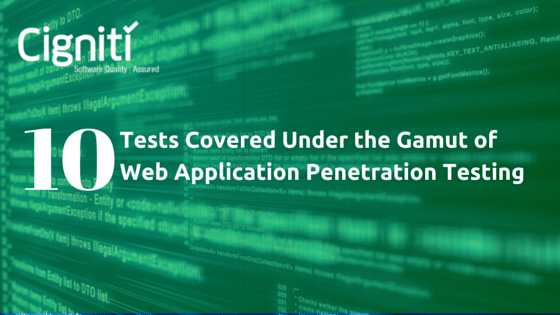 10 Tests Covered Under the Gamut of Web Application Penetration Testing

Listen on the go! Though Web Application Penetration Testing has been researched in great details, there are a lot of... read more