Software Testing On the Cloud: What You Need To Know

The software industry is laying increased emphasis on QA and Testing requirements for successful product development today. Customers expect zero faults and 110% performance from every project.

Probably, this is one reason why a recent World Quality Report published by Capgemini, HP and Sogeti revealed the growing number of Testing Center of Excellence being encouraged by companies. The number of organizations having a full blown Testing COE has risen from just 4% in 2011 to a staggering 26% in 2014.

But it does have its share of challenges as well. And here they are:

Having an automatically set testing environment according to user preferences is essential for cloud based software testing but is a challenge to engineers because of the lack of cloud enablement in several existing testing tools. Moreover, several cloud providers offer restricted configuration capabilities for their cloud service which leads to constraints in emulating dynamic testing environments.

Performance testers usually execute their test plans on pre-fixed environments with agreed upon metrics, evaluation parameters, etc. But for cloud testing, the effect of dynamic scalability plays the role of a villain, if you were to ask us. On-demand scalability poses extra loads on testing tools to execute new test cases in real time without prefixed metrics or evaluation statistics.

With lack of proper control of the underlying cloud environment, testers face a huge challenges while performing integration testing of networks, distributed databases, file storages, etc. especially when there is interaction between these components.

Due to the lack of universal standards in integrating public resources on the cloud with internal data architectures of organizations, there is a serious challenge to testing teams to maintain dynamic testing environments to offer testing as a service. Changing vendors would lead to the requirement of new solution architectures and platform modifications for test tools to operate smoothly.

Testing teams often prepare test cases and scenarios with pre-determined data sets but when testing is offered as a dynamic cloud service, then the costs involved in encrypting test data on cloud systems have to be considered since they need to evaluate the security aspects of cloud testing as well.

Though offering testing as a service through cloud based automation throws up a lot of challenges down the line, organizations continue to focus on this trend, thanks to its numerous benefits. This is evident from another World Quality Report insight which shows that the share of testing budgets for transformational projects has increased from 41% in 2011 to 43 % in 2013.

The core philosophy behind a majority of the challenges stated is because of the underlying characteristics of the cloud platform. A closely knit approach with the cloud service provider can help to minimize this risk considerably as testing teams can built a solid cloud platform to deploy their tools.

Partnering with a reliable testing service provider is the perfect answer for organizations to eliminate testing related challenges and overheads especially with regards to automated test services. With decades of experience in offering world class testing services to a plethora of global giants, Cigniti is your road to eliminating testing overheads once and for all. Get to know more about our testing services for the cloud. 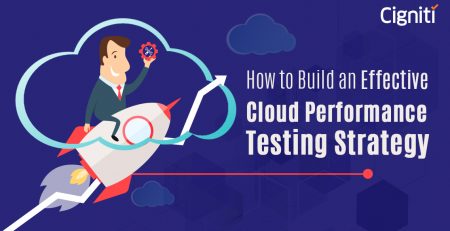 How to Build an Effective Cloud Performance Testing Strategy?

Listen on the go! A recent Forbes report has estimated that the global cloud IT market revenue is predicted to... read more 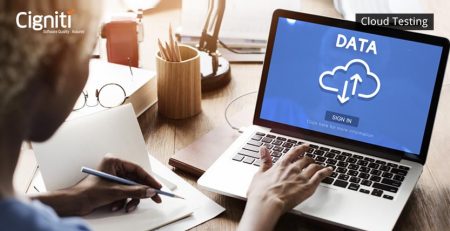 Cloud-based Regression Testing and its benefits

Listen on the go! Running regression testing on the cloud for a software application can accrue a slew of benefits... read more 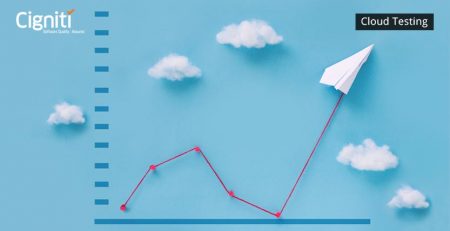 Financial benefits of moving to the cloud

Listen on the go! Migrating to the cloud has numerous benefits such as backup, recovery, and security, but one of the primary... read more