The cost of ownership for an open-source test automation framework is considerably lower than for regular testing tools. The major advantage of Open-source is low licensing costs and fairly minimal hardware requirements. Furthermore, testing components are more easily reusable, and their high degree of scalability ensures that they can easily manage load and performance testing. Organizations can also make use of flexible pricing plans that allow testers to adjust their total cloud storage according to their specific testing needs.

The open-source software itself can be altered easily to suit a testing department’s particular requirements. This easily editable code allows for smoother functionality, which, in the case of closed proprietary software packages, becomes more difficult, and occasionally perhaps even destructive.

Online communities abound for open-source automation frameworks, which allows testers to overcome obstacles by consulting the vast fields of information available on the web. Teams in different locations can also collaborate via the centralized server, without the need to make several downloads and uploads in the constant flow of information transfer.

Test cycles with open-source tools tend to be shorter than with traditional tools. Setup and tool deployment are also pretty quick, and there’s no need for a tedious install. Updates happen in real-time without affecting productivity, and the overall time to market is reduced, thereby giving organizations an important push ahead in the endless app delivery race.

Users and developers play a crucial role in creating the automation framework, so such platforms are more likely to be superior to proprietary packages from a technical standpoint. A software suite produced by a small number of developers is less likely to be technically sound than one created by thousands of developers from around the world. A huge number of developers and users work constantly to tighten the security of open-source frameworks, and an equally huge number make innovations, improvements, and enhancements that translate to a higher quality package.

Virtualization allows organizations to make the best use of their resources, which ensures that testing is ultimately more efficient and user-friendly. Virtualization also allows the easy sharing of resources with an associated dip in costs.

In using open source automation tools, organizations can free themselves of the restrictions of being tied down to one particular vendor. In such cases, the vendor’s priorities make things very inflexible for testing teams: vendor priorities, timetables, usage rules, and various other requirements that greatly limit the potential of all their testing tools. With open source software, however, the decision-making and execution power is entirely in the user’s hands, along with a global community of users and developers that can provide support whenever it’s needed.

Also, in terms of security, open-source software is definitely superior to traditional frameworks.

This boils down to one obvious reason – when there is a larger number of people working on and evaluating a framework, it’s easier to identify and take care of any flaws, errors, glitches, etc. The exact opposite is the case in expensive proprietary software packages, where the vendor gives assurances of security, and the customer can do nothing more than take their word for it and hope they don’t run into any major issues at critical junctures during the development and testing process. The knowledge of bugs in the platform architecture is known only to the vendors, who can take a very long time to patch things up. These delays, of course, detract from customer productivity. 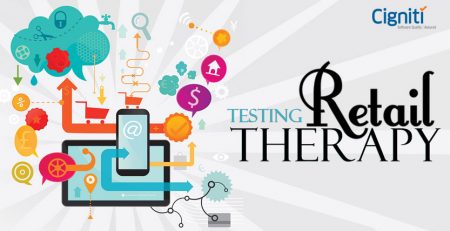 Listen on the go! The retail sector always demands innovation and exclusive attempts to woo the customers. It can’t ever... read more 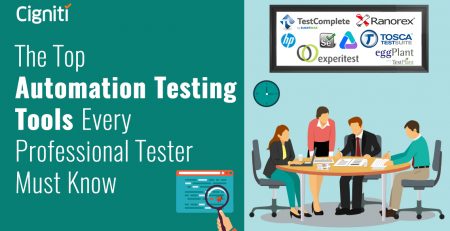 The Top Automation Testing Tools Every Professional Tester Must Know

Listen on the go! Globally, the festive season is rolling in soon and all consumer brands are gearing up to... read more