Major markets, such as the United States of America, Hong Kong, the United Kingdom, Japan, Singapore, and Australia, continue to follow the T+2 settlement cycle. However, in different jurisdictions, the talk about moving towards a T+1 settlement cycle is gathering momentum.

In February 2021, the United States DTCC (Depository Trust & Clearing Corporation) released a two-year industry roadmap for shortening the settlement cycle for US equities to one business day after the trade is executed (T+1).

Shorter settlements may pose a challenge for foreign investors as they operate from different time zones and geographies.

This new settlement cycle will make India a pre-funding market for global institutional investors, especially those from the US and Europe.

Foreign investors will also find it arduous to hedge their net India exposure in dollar terms at the end of the day under the T+1 system.

The majority of brokers are dependent on software vendors like back office vendors, etc. The squeezing of all operational timelines may put pressure on the system, making it vulnerable.

Shortening the settlement cycle will also introduce technological complexities. A T+1 rolling settlement cycle will naturally put pressure on all stakeholders (exchanges, clearing corporations, brokers, and banks) to improve their systems/ upgrade their technology infrastructure, to collaborate faultlessly with one another, and to complete settlement cycles at twice the current speed. Securities and Funds need to move quickly from one account to the other. Calculations on netting and bank transfers also need to catch up.

After the upgrade, every system needs to be tested regressively to meet seamless performance. Most importantly, all the software used for the middle office (position management, corporate action processing, collateral management, position reconciliation, and risk management) and back office (settlements, clearances, record maintenance, and accounting) needs to be tested rigorously before being deployed in production.

Before understanding the new proposed SEBI rules, let us try to understand the existing settlement rules and some history. Earlier, the stock exchanges used to have settlement every Friday on a weekly basis. All trades that happen between Monday and Thursday should be settled on subsequent Fridays.

The weekly settlement system had stimulated liquidity in the market because people could buy and sell without paying immediately, thus encouraging speculative activity in the cash market. With this excessive speculative nature of trading, the system was fraught with default risks, and often the settlement cycle was extended either for want of scrip or cash.

Introduction to the Rolling Settlement Cycle

OTCEI (Over-the-Counter Exchange of India) first introduced a rolling settlement in India. SEBI made rolling settlement compulsory. In January 2000, about 10 scrips were selected from the Demat list, which trades daily for Rs. 1 cr or more.

In financial markets, after a trading day, the process of settling security on successive dates based upon the specific date is called a “rolling settlement”.

How does the T+2 rolling settlement cycle work?

Indian stock markets currently operate on a T+2 rolling settlement cycle. If an investor initiated a buy transaction today (T day), then the actual shares would be credited to his or her demat account on the second day from the day of the trade. Similarly, in the case of a sell transaction, the seller would get the money credited to his/her trading account on the second day. For arriving at the settlement day, all intervening holidays, which include bank holidays, exchange holidays, Saturdays and Sundays are excluded.

With the T+1 rolling settlement cycle system, stock market trades will get settled in half the time in comparison to the current time. Under the T+1 cycle, if an investor purchases shares on the current day, his/her Demat account will be credited with the shares by the next day. If shares had been sold, then the money would be credited to his/her account the next day instead of the second day from the day of the transaction.

The T+1 rolling settlement cycle will boost the number of transactions happening on the stock exchange. Quicker settlements ensure more security, additional days for investing, and liquidity. This will lead to an increase in trade and retail investment.

This move will benefit the largest investors like corporates, FIIs, and DIIs, who invest large amounts. One day earlier, settlement reduces margin requirements and can give them more liquidity.

For small or retail investors, they will be able to sell their stock a day in advance, greatly increasing their turnover. It is worthwhile to state that retail individual investors contribute 45% of the daily trading volumes on stock exchanges.

More transactions will lead to high turnover, which in turn leads to increased fees and brokerage for the trading houses.

It will also cause an uptick in the Securities Transaction Tax and Surchares levied by the government.

The T+1 Settlement, thereby, is favorable to all the stakeholders in the market and can impact the GDP positively.

Adapting to the new changes whenever SEBI implements them on exchanges will not be simple. To ensure a seamless transition and an effective T+1 settlement cycle, the stakeholders must not overlook the importance of testing their applications. By performing end-to-end testing of their platforms and applications, they can ensure that all their processes, features, and functionalities across the front, middle, and back-office perform seamlessly.

Cigniti has successfully delivered testing services for nearly 20 years, implementing its Test Center of Excellence, delivering Managed Testing Services, and providing end-to-end BFSI testing services for leading companies in the BFSI industry across multiple geographies. Our client testimonials and recognition by leading industry analysts are proof of our reliability and capabilities.

Schedule a discussion with our BFSI Testing experts to learn more about ensuring assurance for sophisticated order management systems in capital markets.

How digital mortgages are reshaping the lending ecosystem

Listen on the go! A reimagined and reshaped lending ecosystem can improve the experience of borrowers, reduce the loan processing... read more 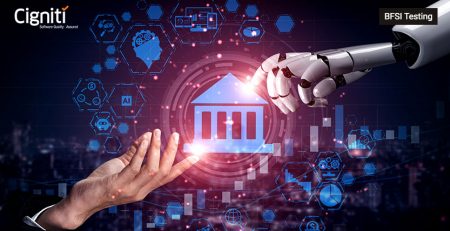 Machine Learning: The Need of the Hour for Banks

Listen on the go! Banks have been frontrunners in adopting new technological innovations for the past couple of decades and... read more 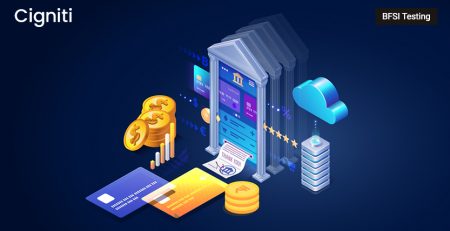 Listen on the go! Banking has undergone a significant digital transition, which goes far beyond simply switching from a traditional... read more