How to Test Mobile Apps for different operating systems ?

Mobile app testing is expensive and time consuming; but without it your end product is likely to be defective. Consumers these days are very discerning, and any glitches in the final release can lead to major losses in money and reputation.

The availability of multiple options for screen resolutions, memory sizes, and hardware configurations – to name a few difficulties – pose a stern challenge to app testing. Testers need to make their product perfect for use on multiple platforms.

In the case of in-house testing, businesses tend to fall short of the right testing tools because of the ever-changing device compliance scenarios.

App testing methods also need to be updated frequently because the end consumer is more demanding when it comes to real-time repair of bugs and the constant updates and upgrades to operating systems that forces apps to keep up in order to ensure compatibility.

First, it is important to decide whether to test on a particular device model, or an emulator instead.

In the first stages of development, businesses would do well to work on emulators because they allow testing to be fast and efficient. This should be the method of choice in an agile work environment.

The use of such emulators, however, does not negate testing on actual hardware. This is absolutely crucial to assess and understand the activity of a given app in real-time situations.

Beta testing, for instance, allows an application to be tested in the real world, across time zones and networks. This is of course better off on actual devices rather than on emulators.

The benefits of beta testing are that QA teams can evaluate variation in app behavior on different devices and operating systems, the way in which users interact with the app, the effect of app usage on battery life and OS performance, and the variations in network usage, both cellular and WiFi, that come about because of the app’s introduction on a particular platform.

Following are some reasons why cloud Testing is gaining popularity as a means for App testing:

The Need for Automation Testing

Automated testing can certainly make an organization’s life easier, but it goes without saying that a good amount of initial investment is needed from the outset. Ideally, automation should be introduced only when an app’s development cycle is long, when regression testing is frequent, and when the application is constantly growing.

Automation allows app compatibility to be verified and confirmed whenever there are new versions or updates to any OS. Backward compatibility can also be assessed whenever upgrades are made to the app itself.

The best way to go about your mobile app testing process is to work with a mix of actual devices and emulators to ensure that the product you release for delivery at the very end is clean, polished, and perfectly robust. 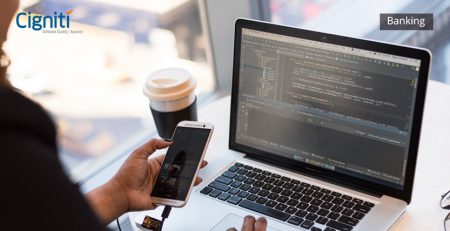 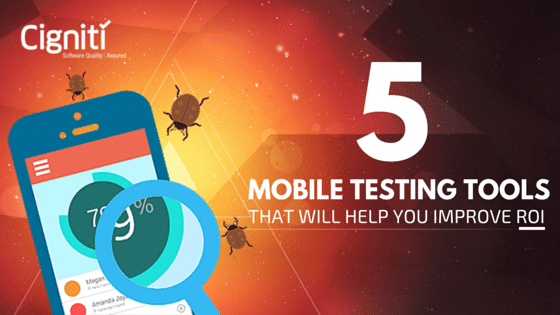 5 Mobile Testing Tools That Will Help You Improve ROI

Listen on the go! The convergence of the internet and mobile technologies and their increasing usage have paved the way... read more

Listen on the go! The year 2018 marks the 10-year anniversary for Apple App store and Android. The last decade... read more