Every single day, organizations in different fields are adding mobile apps to their work environments and overall business strategy. As the mobile app development market becomes increasingly dynamic, competitive, and fast-paced, older traditional testing methods for software are now becoming fairly obsolete, not to mention inappropriate in the mobile app QA processes. The sheer multiplicity of platforms, devices, and networks has made the issue of selecting the right mobile testing solution an absolute priority for any organization that intends to maintain and strengthen itself in the market.

There are three major mobile platforms (iOS, Windows, and Android), and QA teams need to manage increasingly fast production cycles while testing apps for these different platforms. As the world goes mobile, the changing landscape now poses a number of challenges, and demands that organizations conduct a thorough investigation of the best, most suitable mobile testing solutions in order to bolster their overall business strategy. Let’s take a look at some of the more important considerations.

It’s impossible to dispute the importance of mobile app development for any company’s corporate strategy. To ensure the smoothness of development operations, selecting the most efficient and inexpensive mobile testing solution is absolutely crucial for achieving business success. There is a need for automation, in order to make mobile app testing procedures more robust, stable, reliable, accurate, and efficient, so that the final product’s time to market is greatly reduced.

Automation should ideally also be independent of device and platform, implemented at the earliest stages of the development cycle. QA teams should be granted permission to make use of a wide range of devices while running one script as the base model for error correction and glitch resolution. And, finally, the automation of regression and functional testing, as well as performing non-functional testing for maximum safety, coverage, and adaptability, is also necessary to ensure that the finalized mobile apps go to the consumer as refined and polished as they can possibly be. 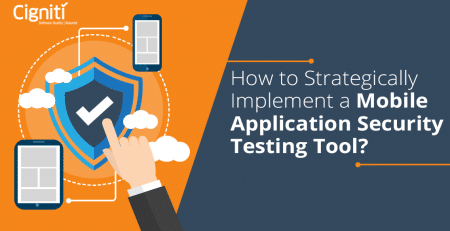 How to Strategically Implement a Mobile Application Security Testing Tool?

Listen on the go! When the last WannaCry Ransomware virus attacked global enterprises and institutional systems, it almost panicked every... read more 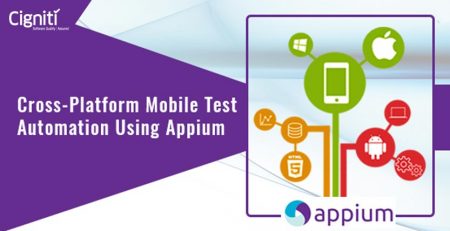 Listen on the go! Mobile is very rapidly becoming the biggest medium to reach the consumers as the adoption of... read more