Performance Testing in an Agile Environment – Similarity, Differences, and Benefits

An Introduction to Performance Testing and Agile – just to set the tone!

An Agile environment is one that most organizations of the world today are trying to setup and follow as it provides a system that helps to produce high quality deliverables in a much lesser time than the erstwhile Waterfall approach. This environment also improves coordination between the multiple stakeholders, thereby bringing about much more clarity of the business purpose for the product, leading to an improved quality. As mentioned, development process based on Agile removes the challenges of a traditional waterfall model and boosts the ROI (return on investment).

While an Agile environment needs flexibility to sustain and cannot survive in an inefficient model, performance testing is required to thoroughly check and weed out if any inefficiency exists in the final product. Obviously, the environment is perfect for the process to grow and thrive.

What is the Similarity?

While an Agile environment focuses on analyzing and finding out the performance-related obstacles hurting the critical processes of a business at the earliest so as to help it thrive, the performance testing process mirrors the activity by capturing and fixing the performance bottlenecks for the specific software or product in question.

What are the Differences?

Following are a few differences between an Agile scenario and performance testing:

What are the Benefits?

Performance testing in an Agile environment offers added benefits in the following areas:

If you would like to know how Cigniti helped a leading mortgage provider in the United States to improve the application performance by 25% or how Cigniti helped establish a Performance Testing Center of Excellence (PTCoE) for a leading retailer which connects 1100 stores and 150,000 employees, feel free to visit our case studies. 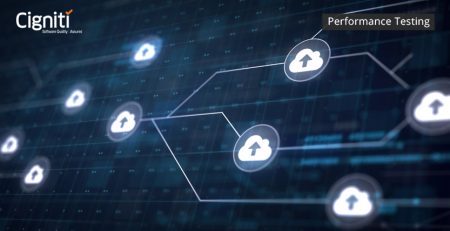 Listen on the go! Cloud computing has taken up a new role in a short span of time – many... read more

Black Friday: How To Make Sure Your Website Is Ready?

Listen on the go!   Yet again, the biggest shopping season of the year is coming up, with Black Friday &... read more