It is a natural tendency globally that all development groups test their build before deploying and employ testers to identify all the bugs ahead of the release. Manual testing was proving to be the least effective owing to the manual errors and also due to the limitations in testing everything manually. As a solution to this situation, certain repeated tests were automated to increase the testing efficiency.

Automation testing has become critical as it improves accuracy, provides test coverage in short time, and at a low cost. The latest research statistics add more weight to the increasing need of automation testing. As per Transparency Market Research (TMR), the global test automation market, which in 2015 had a valuation of US $12.91 bn, is expected to reach US $85.84 bn by the end of 2024. As per TMR, the market for test automation in North America, which stood at US $5.70 bn in 2015, is expected to be worth US $29.78 bn by 2024. The region is thus likely to exhibit a CAGR of 20.3% during the forecast period. The region also held approximately 44% in the overall market in 2014. It is also expected to report lucrative prospects for security testing. The rapid deployment of mobile applications and Software as a Service (SaaS) on cloud will be dominant in driving market for test automation in North America.

The main reason for the success of Selenium is that the tests can be coded in any number of programming languages, they can be run directly in web browsers, and work across operating systems.

The second reason for the success of Selenium as the most powerful automation tool are its features that are simple to use – its capable user interfaces help meet 90% needs of web application testers. Document object model (DOM) level testing, great extensibility and flexibility, support for multiple browsers, accommodating object oriented programming languages like JAVA, .NET, Ruby, Perl, PHP, etc., provides the option of using wide range of IDEs based on the choice of development languages and more of these make it a preferred choice for many testers.

Based on Cigniti’s experience of leveraging Selenium for test automation, we recommend the following practices: With our extensive experience in Selenium Testing, we are excited to invite you for our first TweetChat on the engaging topic Migrate to Selenium. Join the buzz and get all your queries and knowledge on the deck with our experts! 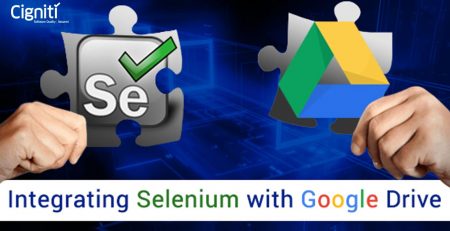 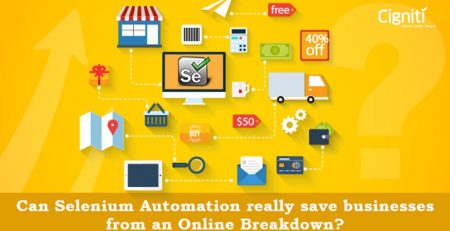 Can Selenium Automation really save businesses from an online breakdown?

Listen on the go!   There are instances where you try to key in a Web page address and encounter an... read more 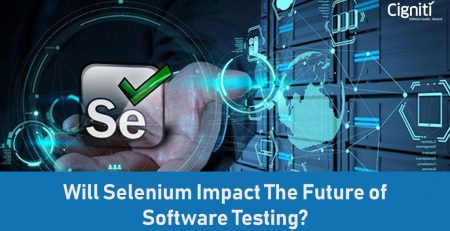 Will Selenium Impact The Future of Software Testing? Evaluating The Pros and Cons

Listen on the go! Software Testing is an ever-evolving space that is cramped up with numerous challenges. Test Automation works... read more