The Top Automation Testing Tools Every Professional Tester Must Know

Globally, the festive season is rolling in soon and all consumer brands are gearing up to offer the best deal to the buyers. Almost all major eCommerce portals have announced their Big Sale Day across various advertising platforms by digging into the analytics of the consumer’s usage patterns. Along with all this hype and publicity, every online shopping portal has to ensure that all the aspects related to the event work in tandem and deliver seamless experience to the buyers – right from providing enough options, giving the promised discounts, and finally delivering it in the assured time frame. Acclaimed ecommerce players have already faced the brunt of disastrous Big Sale Day, which has emphasized the significance of Software Testing and Quality Assurance. Specifically, there is a growing need to implement Automation Testing for ensuring the performance and functionalities of the digital platform.

There are multiple test automation tools in the market that are being leveraged to test various aspects related to an application or a software. Automation Testing tools are not only leveraged to ease the testing process, but also to bring more efficiency to the testing mechanism. Enterprises generally decide to go with a particular tool as per their testing objectives, business goals, budgets, and skills of the testing teams. So, the decision can incline towards choosing a Licensed tool or an Open Source tool depending on these factors, or anything else related to the application/software.

Nevertheless, there are some prominent tools in the market that every tester and developer considers for automation testing. While the list can go way longer, these are some key names to remember. It includes both open source as well as licensed tools, which are endorsed and implemented by the technical community.

EggPlant is a test automation tool and is known amongst testers for its various features which enables them to test the functionality and performance of a developed application across devices and operating systems. It works with any coding language with one or more scripts, where users establish test scenarios on multiple devices and operating systems.

Moreover, it can be implemented and run on Linux, macOS X, and Windows, offering integration with application lifecycle management software such as HPE Quality Center, IBM Rational Quality Manager, and Jenkins.

Eggplant is popular amongst testers, as it provides the developers and testers with software to create, plan, schedule, and execute automated tests on various mobile platforms.

HPE’s Lean Functional Tool – LeanFT was launched during HP Discover in June 2015, held at Las Vegas. It is a powerful and lightweight functional test automation tool with added features to deliver effective results in Continuous Delivery and Test Automation for Agile project implementation and DevOps. It is a robust and resourceful functional testing solution built particularly for Continuous Testing and Continuous Integration.

It is used for functional, regression, service testing, and helps developers and testers to collaborate effectively in building high-quality software/applications. The tool automates testing with an in-built, visual user experience that ties manual, automated, and framework-based testing together in one IDE.

It further helps cut down costs and complexities associated with the functional testing process to build continuous quality. HPE LeanFT helps you automate user actions on web or client-based applications. Additionally, it creates and executes tests on Mac, Linux, or Windows platforms. It is considered to be a developer friendly framework that helps create robust and reusable Selenium tests with its tools – Object Identification Center and Objects locators and utilities. With right implementation, the tool can constantly build quality and save costs.

Ranorex is known for offering innovative test automation software to various companies across 60 countries. Apart from being cost-effective, Ranorex license enables effective desktop, web and mobile application testing, as it can be seamlessly integrated within the current testing environments and can be adapted across standard programming languages. The ease of implementing the tool and using it, makes it popular amongst testers.

Some of the key benefits and highlights of implementing Ranorex are that it enables Selenium WebDriver integration in Ranorex Studio, it provides the ability to access Selenium with the Ranorex tools, it provides plug-in free web testing across all major platforms and browsers, it offers a leaner test suite structure, and provides JUnit compatible reports with improved WPF plug-in.

SeeTest is a Quality Assurance platform from Experitest that is used for Continuous Testing and enables frequent release of mobile and web application. It is a hit amongst testers as it helps integrate with industry open source tools such as Appium and Selenium. It further helps execute tests in a large pool of mobile devices and across web browsers for effective and timely results.

It is built for iOS, Android, Blackberry, and WindowsPhone, and utilizes both emulators as well as real devices for visual testing, functionality testing, and speed performance.

Some other mobile-related tools available under SeeTest are SeeTest Cloud, SeeTest Network Virtualization, and Mobile Addon for UFT.

Endorsed and recognized by the testing fraternity, Selenium is one of the most popular Open-Source test automation tools. It is mainly implemented for testing Web and Mobile applications. Selenium has been extremely popular for various reasons, as being a free tool it doesn’t have upfront costs and can be freely downloaded. The support for the tool is free, as it is sourced from a community of testers and developers.

With Selenium, you are able to run tests under multiple browsers simultaneously, which makes it a favourite amongst testing teams. It has its own script, but that should not limit you from using it with multiple languages. Developers/Testers can use Selenium with any language that they are comfortable with – C#, Java, JavaScript, PHP, Python and others. Selenium integrates effectively with popular tools such as Hudson, SauceLabs, Selenium-Grid, QMetry and others. These and many such benefits puts Selenium amongst the top test automation tools preferred by testers.

TestComplete is a functional test automation tool platform from SmartBear Software and is popular amongst testers for multiple reasons. It gives them the ability and flexibility to create automated tests for Microsoft Windows, Web, Android, and iOS applications. It is an automated testing tool supporting diverse types of applications – desktop, mobile, Web, and Rich Internet application.

This test automation tool from Tricentis enables you to manage your test cases in an effective way. Specifically, it reduces testing time, manual testing efforts, and brings down the costs by executing the tests on the platform. It requires less maintenance and helps to adopt more agile working patterns. Hence, it helps you to focus more on your business goals for the application.

Some of the highlights of implementing Tosca are re-using test assets, redundancy-free test cases, and test cases that can be executed with a simple drag and drop pattern. Moreover, it helps cut down time and hardware by disseminating automated tests across virtual machines, computers on the network or the Cloud.

Test Automation or Automation Testing has to be implemented and planned by keeping the business objectives into perspective. This is a short list of popular automation tools. For information on more software testing tools, please check out our blog Top 100 software Testing tools.

Cigniti is a leader in providing test automation services and has built a dedicated Automation Center of Excellence (ACoE) backed by a decade of experience in executing test automation engagements for global clients. We have strategic partnerships with Test Automation tool vendors and we extend the benefits to our customers to bring testing efficiency and cost-effectiveness. Connect with us, and leverage strategic partnerships in the Test Automation space. 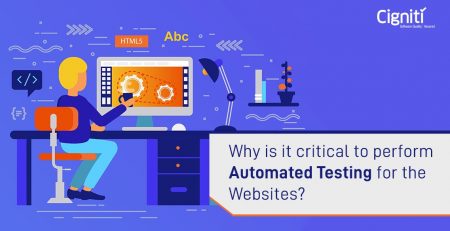 Why is it critical to perform Automated Testing for the websites?

Listen on the go! The consumer scenario is changing and even the risks are piling up due to the challenges... read more 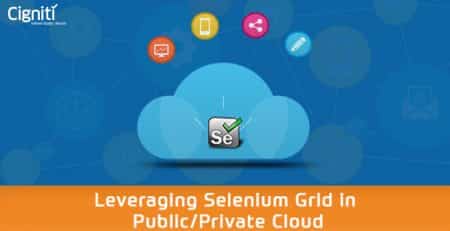 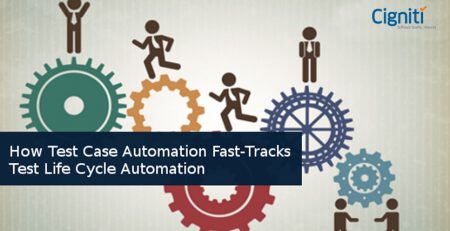 Listen on the go! A recent Gartner report states that the demand for Enterprise Mobile Apps is estimated to surpass... read more