Post the Halloween week as we head towards Thanksgiving, retail and ecommerce biggies are gearing up for the big Black Friday Sale on November 24, 2017. Laptops, Macbook, and Chromebook are some top of the list items across all major sites. In fact, it is estimated that in the UK, Chromebooks could drop as low as £100, bargain basement laptops could hit £150, while famous brands could go for as little as £250. The competition is not just between retailers, it is also between online shopping giants such as Amazon and Walmart.

Just estimate the traffic pouring in!

It’s that time of the year when everyone saves up for the big day sale and makes some major purchases. Retail giants are working relentlessly to offer Omni channel experience to its customers, online as well as on-ground. The months of November and December are major shopping months for the retail industry, and every brand grabs on to this opportunity to clock their revenue targets. It is estimated that these 2 months account for about 30% of annual sales targets.

Particularly for major online retailers such as Walmart, Target, and Amazon, it implies that they get their websites, shopping applications, related logistics/operations, and overall predictive analytics to estimate and procure the required stocks. There is further focus on ensuring online performance during peak hours, adding up the ground staff to manage the holiday rush, and also improvising user experience across the mobile apps.

As stated by Amazon during the last festive season, 7 out of 10 customers shopped via the mobile applications. This being notable, there is a lot of focus on offering enhanced and consistent experience across both desktop as well as mobile platforms.

What are the top Black Friday fiascos that scare online retailers?

Most of us are aware of the Amazon 1p software glitch that occurred on the Black Friday of 2014 in Britain, where hundreds of products got sold for fractions of their value. While Amazon tried to stop the sale, many orders got dispatched, resulting in major losses for the sellers. Amazon refused to compensate the small shopkeepers, which led to losses of up to £100,000.

Software Glitches and high-traffic choke ups are some of the major scares that websites can face during peak shopping seasons. In the past, retailers have also taken required action to tackle these issues. Walmart, in 2016, built a software called OneOps that helped handle peak traffic on Walmart.com across several clouds instead just a single cloud. This helped avoid downtime on the site.

But is this good enough? Despite the measures taken, online retailers do tend to go wrong and misjudge the quantum of traffic coming on the site and underestimate the power of a miniscule software glitch to disrupt their festive plans.

The functioning of a website or an application can get disordered and face issues at 4 levels: Performance, Functionality, Compatibility, and Security. Considering the same, both online retailers as well as brick and mortar retail stores have been diligently investing in Quality Assurance and Digital Assurance strategies.

Competition and constant innovation have been posing key challenges for the retail sector at all levels. Even in the online retail space, various sites are competing to grab attention of the prospective customers across diverse categories. Hence, it is critical for websites to perform seamlessly and give the desired user experience.

Performance comes into picture while determining the way the web/mobile application functions under peak traffic conditions and network fluctuations.  There are instances when the application gets hung and fails to register any orders from the users. For instance, the user selects the product and is about to make the payment, but the end process fails and the transaction doesn’t complete. It could result in a major setback on a Big Sale Day, where the retailer will lose its reputation as well as revenue.

Functionality of the website or application implies that various aspects of the application work as expected. Any application or website is designed to fulfil some set functions and comes with defined capabilities. If it fails to perform the same due to any issue or glitch, it could result in a major setback for the retailer and fail to generate the expected revenue.

Let’s take the example of an apparel site, where the buyer is looking out for designs, sizes, and good pricing. It can be a disaster if the application is unable to perform effectively to display all the required details. It wouldn’t take more than a fraction of a second for the buyer to move away from that application to another competing application.

The number of devices and mobile handsets in the market are just exploding, and these devices are built with different screen dimensions and operating systems. The users/buyers might access the application via any such device, where they expect the same kind of performance and functionalities.

Responsiveness of the application across diverse devices and operating systems is absolutely critical to ensure the defined UX. In case there is any disruption on this front, the users/buyers will hop on to another app in the same category within no time!

We are very much familiar with the kind of data breaches and data leaks that have occurred to minor loopholes in the software. There have been instances where the data has got leaked from the retail PoS system, resulting in a major security hack.

Just imagine if something similar occurs during a Big Sale Day such as a Black Friday, where the credit card details and net banking accounts of the buyers get leaking. It will result in chaos, as financially sensitive information will get compromised and the retailer could face a legal case.

While performance, functionality, and compatibility of the application is critical, security instils the confidence to stand stable in the marketplace. With the current rise in cyber-attacks and data breaches, we can very much agree that Stability brings Profitability for any business.

Performance, Functionality, Compatibility, and Security are the top most factors that online retail brands need to consider and invest in enhancing UX by focussing on them. Over the last decade, it has been observed that online purchases have hiked substantially.

[Tweet “eMarketer has estimated that retail ecommerce sales will increase to $4.058 trillion in 2020, making up 14.6% of total retail spending that year.”]

Thus, every retail player must ensure that its online platform is always upgraded and upbeat. Whether it’s a Black Friday Sale or any Big Sale Day, it makes absolute sense to invest time, efforts and money in strategizing Performance Testing, Functional Testing, Compatibility Testing, and Security Testing.

What we bring for you.

Cigniti’s eCommerce Center of Excellence leverages proven methodologies, techniques, processes, guidelines, and a tool and technology agnostic framework to ensure effective and efficient testing and validation of eCommerce platforms along with its interfaces. Cigniti’s tool and technology agnostic framework ensures that our philosophy of “Script Once” and “Execute Everywhere” is implemented on a plethora of devices, browsers, O/S platforms, POS, and Payment Systems.

Connect with us to build an ecommerce platform that preps you up for a Black Friday or a Cyber Monday. 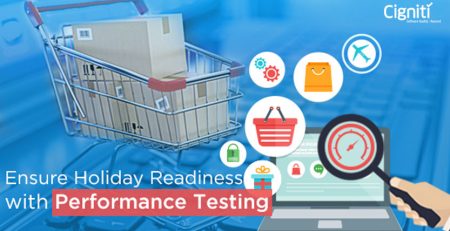 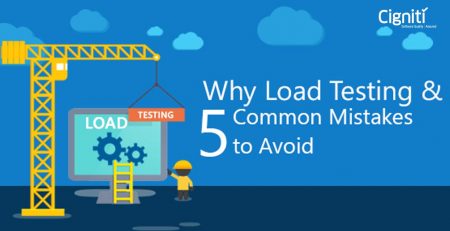 Listen on the go! In today’s digital business world, organizations need their websites / applications to be competitive. They do... read more 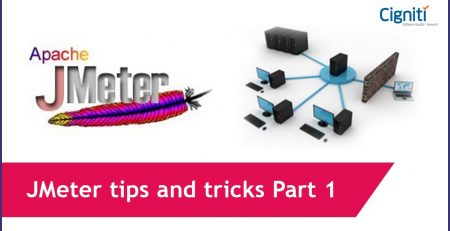