Performance testing has changed dramatically in the last decade and has transitioned towards performance engineering. Performance engineering represents a cultural shift in the way organizations view their essential processes, and it has the potential to transform your technology, your business, and your end-user experience.

The goal of performance testing is to help you get to know how your applications behave under heavy load conditions. There are some baseline performance parameters based on which this has to be tested like the most common one which is – Users expect a site to load in 2 seconds. As per a survey, if an e-commerce site is making $100,000 per day, 1 second delay could potentially cost them $2.5 million in lost sales every year.

So what is making performance testers leave the traditional approaches and shift towards the new approaches?

What are the open source tools being embraced by the performance testers?

We will try to answer these questions in this blog post.

DevOps is the new buzzword which is driving the modern delivery teams to realize quicker time to market. Though there are many commercial and opens source testing tools which can help you check the performance of your applications, open-source tools are being widely adopted in the DevOps era. Open source tools can generate load and provide the critical visibility you need to find and resolve bottlenecks and constraints so your users have the most satisfying experience possible with every release of your software. There are many open sources tools which are around for a while now, much before we heard of the buzzwords like DevOps. But the continuous delivery, continuous integration and continuous testing have helped these tools find there place and also evolve much better.

Many of the open source performance testing tools – such as Apache JMeter, Siege, and Gatling are now being widely used and have a very strong user community.

JMeter is the most popular open source performance testing tool. You can use Apache JMeter to test performance both on static and dynamic resources (files, servlets, Perl scripts, Java objects, databases and queries, FTP servers, and more). You can also use it to simulate a heavy load on a server, network, or object to test its strength or analyze overall performance under different load types. Jmeter also allows you to make a graphical analysis of performance or to test your server/script/object behavior under a heavy concurrent load.

Siege is another open source testing tool which lets you do http load-testing and benchmarking utility. It lets you measure code under duress, to see how it will stand up to load on the Internet.

Gatling is another open-source load testing framework based on Scala, Akka and Netty which is good for analyzing and measuring the performance of a variety of services, with a focus on web applications.

There are many Commercial tools also which usually allows you to easily build, execute, and analyze performance tests with good reporting, if you are willing to invest more. Though there are many other server-side performance testing tools – both commercial and open source, you need to choose it based on what works best for you.

You might want to also watch the Cigniti’s presentation on ‘Visualizing Real User Experience Using Integrated Open Source Stack’ given at Selenium Conference 2016. 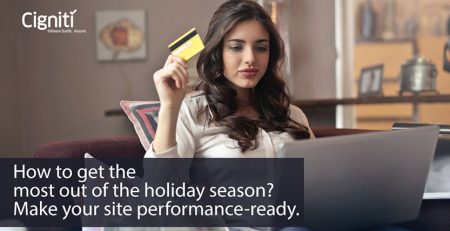 How to get the most out of the holiday season? Make your site performance-ready

Listen on the go! The holiday season, or shall we say the ‘shopping season’ is fast approaching. This year, the ecommerce sales in U.S. alone... read more 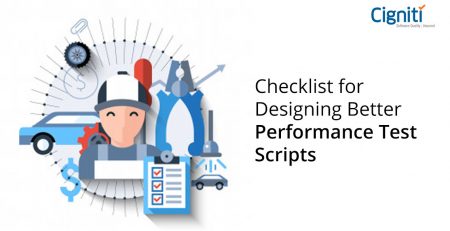 Listen on the go! Make sure the script doesn’t contain incorrect or extraneous URLs. The urls specified should be in... read more 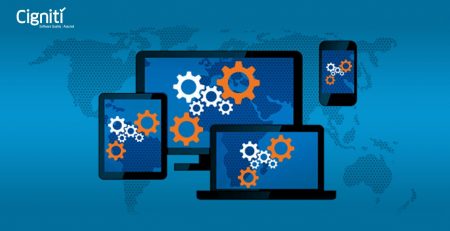 Listen on the go! When it comes to performance testing, Cloud is an undeniable competitive advantage. And like any formidable... read more