As discussed in the previous blog, organizations are shifting toward an ‘Agile+DevOps’ strategy for their SDLCs, which will be predominantly governed by automation tools. Many organizations embarked on their digital transformation journey in the last decade, but there were more failures than success. With advanced technology and better understanding, we can expect a more mature approach from leaders for navigating their organization to the desired digital heights.

In this blog, we’ll pick up the baton from where we paused in the Part -1. While the first part of the blog talked about the trends that dominated the last decade and will influence the coming one, this blog will delve upon the next-generation technologies. Although the next-gen software testing technologies are still in a relatively nascent stage, they are expected to rule the roost for the upcoming decade.

These ‘latest’ technologies have been creating a buzz across industries for quite some years. They are already being adopted and applied to enhance efficiency of processes by many enterprises. However, the technologies themselves are in their infancy. We can expect that during the course of next ten years, not only the technologies will mature, but so will be the organizations implementing them.

Robotic Process Automation or RPA is not a new trend. The novelty lies in its recently gained popularity and decreased apprehension amongst organizations for its adoption. Employing automated bots to execute laborious activities such as data entry and onboarding is enabling organizations to reduce their manual work hours while increasing productivity and accuracy. Previously, RPA was primarily utilized for attended automation. As we proceed to the next decade, we can expect a growth in the use of a hybrid RPA platform that works well for both attended as well as unattended automation. With cognitive RPA, organizations will be able to deploy intelligent bots that can understand and adapt to changing scenarios. This will evolve their functionality and application from only back office operations to front office tasks as well. In addition to performing the usual ‘if, then, else’ commands, cognitive RPA brings the possibility to develop a more flexible and stable test automation suite.As of now, BFSI, Retail, Insurance, and Healthcare industries top the RPA maturity curve. Other industries, especially telecom and travel, will follow their course in the coming years.

The talks about AI dominating the future have been doing the rounds lately. The argument that has been used for dismissing those speculations was the fact that AI lacks the level of cognition of a human brain. With advancing machine learning algorithms, the aforementioned fact might no longer stay valid.

Human mind is more prone to error, which AI counters efficiently. AI lacks adaptability, which is inherent in manual resources. With Artificial Intelligence preparing to penetrate deeper into the everyday lives and routine processes, a smarter future is not as distant as we might think.

As machine learning technology takes progress and as digitization becomes prominent, ML-driven artificial intelligent machines will most probably be steering the activities that human resources used to do. The AI of next decade will be capable of assess a scenario, understand any change, and adapt and respond accordingly to it. The interaction of AI with software will evolve. This interaction will be used to generate automatic test scripts, customized to each test case.

Customers and data have been recognized as the two most critical aspects for a business in the current decade. Slowly, as organizations are trying to claw back to dominance, they are shifting to a more analytic-driven route.

Although there is an abundance of data today, the biggest challenge lies in finding real-time data and clean data. As computing becomes more sophisticated, processes become faster, big data will finally be utilized to its maximum potential.

More and more organizations will be investing heavily in big data testing and ETL processes to ensure data availability as and when required.

4. Connectivity becomes the way of life

The Fourth industrial revolution, termed as Industry 4.0, is characterized by the hustle among pan-industry organizations to metamorphose into a digital-first enterprise. Businesses today are adopting digital to serve their digitally-oriented customers.

As the primary communication channels get digitized, it is necessary to establish unobstructed connectivity between each channel. Internet of Things (IoT) devices facilitate this setup. As per a Cisco report, there will be almost 500 billion IoT devices and 50 billion IoT connections by 2030.

With such a widely spread network, the possibility of failure also increases. To guarantee a smooth flow across the entire connected web, IoT testing will garner immense significance.

The digital transformation ongoing today is setting the stage for a connected tomorrow. All the innovations and technologies are cohesively working together to build such a landscape where everything will happen in real time to reduce the communication lag to nil.

Everything will be connected to everything. Smart homes and smart cities will harbor smart people. Although, this level of connectivity might not happen only in one more decade, but it certainly will.

For the actualization of the digitally-connected future being visualized, continuous integration and continuous testing will be given the maximum importance. Whether we talk about IoT, AI, ML, big data, 5G, or any other state-of-the-art technology, everything will be aligned to one another – strung together to generate a common hymn.

The present decade has been so volatile that making predictions for the next decade may seem impossible. The way technology and, consequently, every other industry has progressed, the future looks like an entirely new landscape. With technology becoming the driving force and organizations realizing their digital transformation journey, software testing will take the highest priority.

Cigniti stays top of the of the changes happening in every industry to be ahead on the maturity curve of next-generation testing capabilities. Connect with us today and learn how we can help ease your transition to the coming decade of digitization. 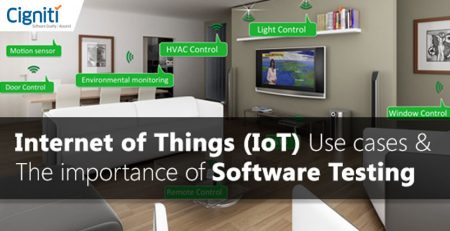 Internet of Things (IoT) Use Cases & The Importance of Software Testing

Listen on the go! Automation has made manufacturing more agile and flexible, and also allows developers to tailor products to... read more 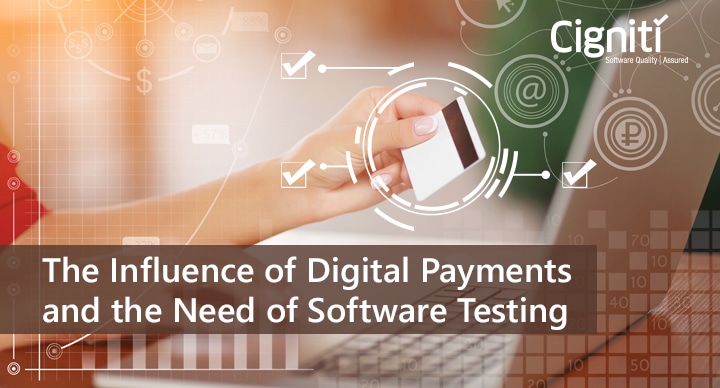 The Influence of Digital Payments and the Need of Software Testing

Listen on the go! Digital payments are the norm of the day as more businesses break geographic barriers and make... read more 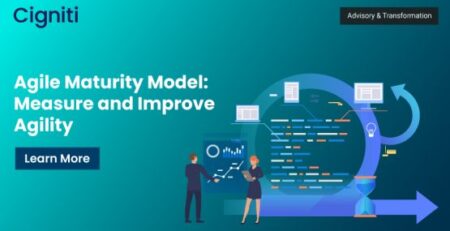